Apple introduced iPad, a tablet computer for the new generation. The products of Apple Inc. are always known for their simplicity and clarity, iPad is one such new gadget.  The functions of the iPad are more or less similar to the functionality of an iPod.  .  The iPad is designed to work as a laptop.  It executes all the tasks of a laptop with the support of iPhone OS 3.2. It is quite marvelous to watch a thinnest gadget performing everything that a modern man expects from a laptop, a media player and a mobile phone. 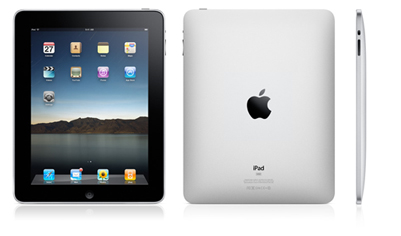 Apple iPads are designed stunningly to attract the younger generation. The dimensions of iPad are Height: 9.56 inches (242.8 mm), Width: 7.47 inches (189.7 mm) and Depth: 0.5 inch (13.4 mm).   Apple iPads are free from arsenic, BFR, mercury and PVC.  Recyclable aluminum and glass enclosure are used to design the iPads. Thus, Apple assures its commitment towards an eco friendly environment globally.  The Wi-Fi model weighs 0.68 kg and the Wi-Fi   + 3G model weighs 0.73 kg. . iPad is  hefty  when compared with iPhone but it is not heavy.

Display – the much talked feature of iPad: 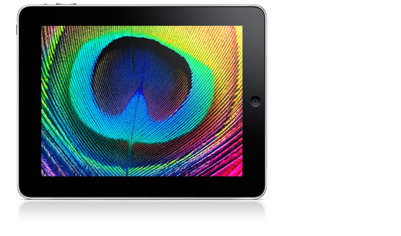 The display of iPad is a real surprise to human eyes. It is quite convenient to watch the full size web page on a single screen on iPad. The tedious process of viewing a portion of a webpage on a smart phone or in an iPod is rectified in iPad.  It is a breathtaking experience to the users of iPad when they use iPads to read iBooks.  The 9.7-inch widescreen multi-touch display with IPS technology is further supported by LED-backlit glossy. The pixel resolution is 1024X768 at 132 pixels per inch.  The display could be changed very quickly from portrait to landscape vice versa.

People started commenting the iPads as iBook reader and iBook store. Really, the iBook reading is made very easy on iPad.  There is no need to carry big volume of books when someone carries an iPad. The stunning display system enable the user to view the full size webpage, see the HD video very clearly, watch the TV without any disturbance and view the photographs so naturally.  It is an exciting experience for all the users to watch the display of Apple iPads. The fingerprint-resistant oleo phobic coating avoids all finger marks on the display screen to a greater extent, which helps to view the iBook, photographs and video clearly. It is really interesting to see the amazing display of this thinnest tablet computer.

Apple iPad performs a lot which makes everyone to feel that the price is quite reasonable.

The major variants are Wi-Fi and Wi-Fi+3G models, both model has three variants based upon the storage capacity they are 16GB, 32GB and 64GB.

There are three major features missing from Apple iPad they are:

Hope Apple Inc. will come out with upgraded versions in near future having the above three features.

iPad Case – It helps to protect the tablet computer from external forces while moving, further it acts as a frame stand for the iPad to watch the videos and slide shows quite comfortably.

iPad Dock – It is useful to dock and charge the iPad, operate the accessories of camera connection kit and powered speakers.

Don’t miss to experience the great performance of Apple iPad, feel it personally along with the accessories. It is worth buying an Apple iPad instead of a new laptop.

How to stop search engines from crawling a file or folder using Robots.txt